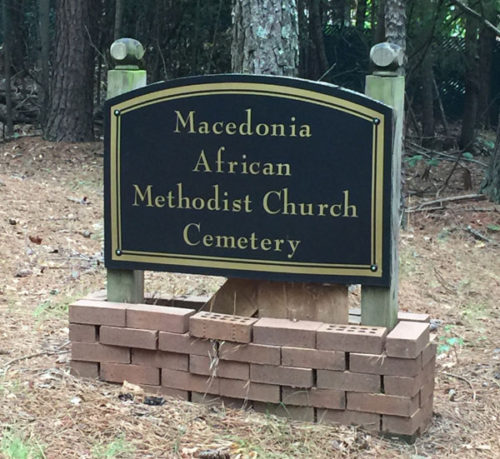 GDOT is reconsidering issuing the permit for the billboard at Fairway Package (141/SB) due to state laws regarding proximity to a cemetery.

Historic Macedonia freed slave cemetery is within 500 feet of the proposed location. A full survey of the area is expected in the near future. 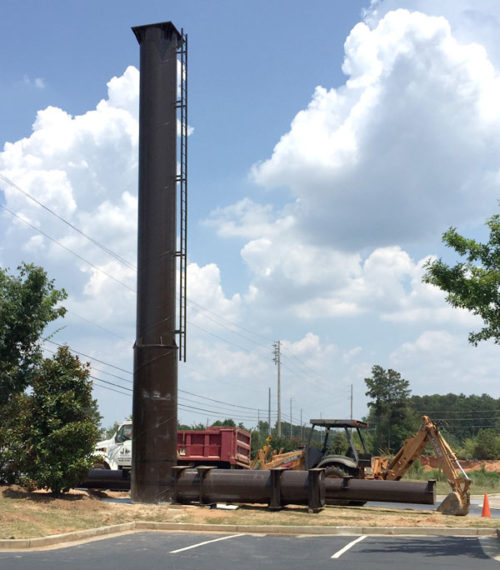 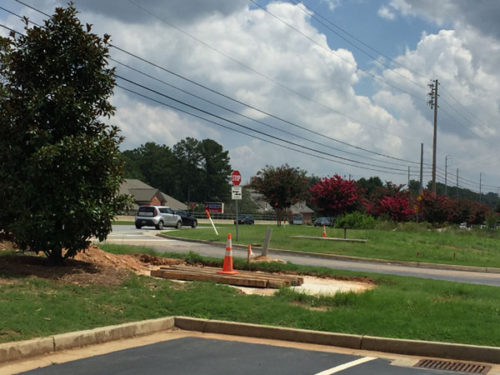 A work stop order was placed on the new McGinnis Ferry Rd Billboard and it has now been taken down.

The adjoining landowner contended that the CC&R’s were not validly adopted for Tech Park, and lacked permission to construct the Billboard. It was also indicated the Billboard would have had an adverse impact on the Lakefield Shopping Center and the entire Johns Creek community.

Interestingly, the other Billboard on McGinnis Ferry Rd near LA Fitness is also on land under TPA CC&R’s. Will that contested and taken down?

The billboards are a moving target due to the settlement, as they have a list of NEW locations to choose from, and there is also a clause in the settlement if the listed locations don’t work out, they can get another location within the City (that is unknown to the public). See below.

It is not clear in the agreement who at City Hall chooses these NEW UNKNOWN locations, or if they go before the Council for approval.

More landowners need to rise up and fight these ugly billboards. They degrade the entire neighborhood. Well done!!!!

I call EVERY advertiser and tell them we won’t shop there if they place ads on these things. So far 1 has stopped ! Keep pushing !!!dond

The bill boards are an eye sore. As seems to be the case, City revenue for the “sake of progress” takes precedence over way of life and the simple charm that made Johns Creek a desirable place to live and raise a family.

They are an eye sore. Seems that city revenue is more important than the simple charm that made Johns Creek a great place to live and raise a family.

Many years ago I said the creation of Johns Creek would be a mistake. It has been a vehicle for profit for a few but very costly for many.

If it had remained unincorporated Fulton, we’d be dealing with 30 billboards instead of 10.

We all feel strongly that these Billboards do not belong in Johns Creek for several reasons. Please consider signing the Billboard Petition, see link below and make your feelings known to both our City Council and the Billboard Company,

Great work and stay united JC residents because we can’t count on our light weight elected officials who are leading this community down a pathway towards decadence so a select few can get paid off the backs of taxpayers — numerous package stores and “magic fingers” massage parlors; councilmembers making unprofessional comments about residents/taxpayers/voters that attend city council meetings; recent home invasion in the Thornhill subdivision; JC high school was locked down again over rumors of a gun nearby; and a recent carjacking on McGinnis Ferry. This community is going downhill fast due to failed leadership…

City Hall OMITS the Most important...