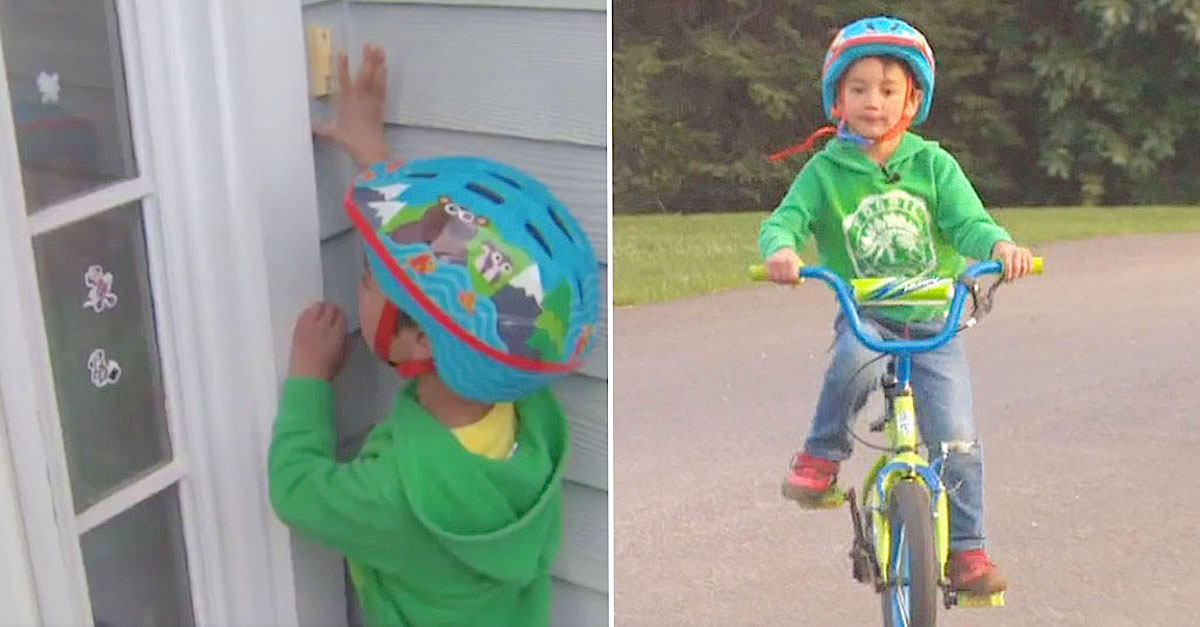 Eyas Tran is a little boy who loves his community. Besides being an all-around great human being, young Eyas, 3, loves to bring the newspaper to his elderly neighbor, Peggy. Because Peggy lives by herself, Eyas enjoys shining his light of youth in her direction for a few minutes every day or so, but on this particular day, Eyas realized that something was terribly, terribly wrong with the things in Peggy’s home.

On this particular morning in New Hampshire, Eyas stepped outside with his parents not far behind him to see that the newspaper was still on Peggy’s doorstep. This was not unusual. Peggy sometimes missed her paper, which was why Eyas would pick it up and bring it to her front door.

When he grabbed the paper and approached her property, Eyas was shocked to see that this paper was not the only one that Peggy had missed during the last few days. There was a small collection of newspapers growing near her front door. This made Eyas worry. Did something happen to Peggy, he wondered. She never left her newspapers untouched for so long.

“Like he usually does, he brings the newspaper up to the doorstep,” said his mother said. She said he rang the doorbell and knocked but did not get an answer.

Eyas told his parents about his worries. He didn’t want something bad to happen to Peggy. Instead of brushing him off, three-year-old Eyas’s parents listened to their boy. They also joined him at the front door of Peggy’s property to make sure their knocks went unanswered as well.

Because Peggy did not answer the door, Eyas and his parents started to worry. Her car was in the garage, which meant that she was home. She had not told any neighbors that she was taking a trip or anything. Either she had left secretly, or she was alone in the home with something terribly wrong going on.

With a push from Eyas, his parents called the police. They arrived and found that Peggy had been stuck inside her basement for days. Since Eyas had noticed and was worried about his elderly neighbor, he has been named a hero for making his parents listen to his pleas.

Eyas was thrilled to see the police and fire department show up in his neighborhood. He loves first responders. And when they got inside Peggy’s house and saved her, Eyas knew that he had helped.

“He’s a firefighter one day, a policeman the next day,” said his mother, Minh Tran.

Because he did such a good job-saving Peggy’s life, the Hampton Police Department gave Eyas a gift of rescue vehicles, which are his favorite things.

“This is to certify that Eyas Tran has been awarded the Hampton Police Department lifesaving award for his actions on May 6, 2020, as per the following,” said Chief Rich Sawyer. “The intelligent quick-thinking and unusual actions by Eyas Tran on this occasion resulted in saving the neighbor’s life.”

What do you think about this small boy’s act of heroism? 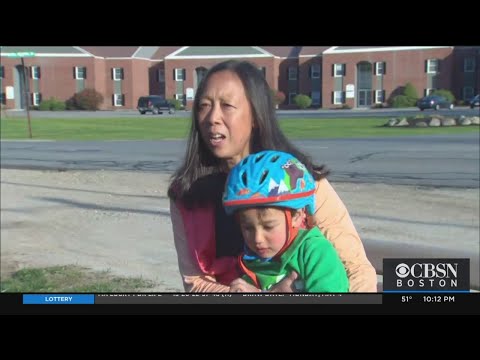