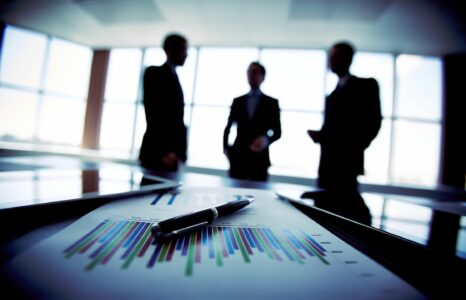 You don’t have to look far to see the frustration with the City Manager Department by some City Council members and residents feel toward the inaccurate and incomplete information provided by the City Staff at times. Warren Hutmacher, City Manager is in charge of all administration and bears the responsibility of all City Staff.

Average base Salary for City Manager in Georgia for a comparable population is $154k. Therefore the benefit & compensation package is above and beyond compared to other municipalities.

So How Does he spend his time?

Since he took the helm in 2014, he has hired at least a dozen new employees, including 3 Assistant City Managers. City Hall is bursting so much, City Council members offices have been eliminated to accommodate the new employees. City Council now has lockers at City Hall.

From Mathematical errors in the $54 million dollar budget to poor planning. Most recently did not include 10 yr anniversary branding expenses in the budget. He recently petitioned Council to approve $100k from reserves for additional non-essential expenses. He eventually found the money elsewhere, when directed by the Council.

ROW mowing contract, studies after studies are churned out, from the District to Public Works & Planning, etc. Also has been a lack of communication on “Return of Investment”, if the expenditure is worthwhile.

There is the possibility of someone opening the door for him. But 6 months of similar times is a bit odd. This ‘door holding’ is also frowned upon from a security standpoint. It is how you account for who is in the building.

About a Closer Look

Finally, with the City on track to spending $90,000,000 this year, we will dive into each department and give you a Closer Look to how our tax dollars are being spent.

It is apparent that are good city is going in the same direction as our federal government. It is also apparent we need new leadership

Hutmacher is the “mother of all welfare queens!”

Good Review. Sounds like a part time job. Wonder what his clock out times are? Time for a new city council and a budget over all, Returning some of those tax dollars back to the taxpayers.

Brookhaven recently fired their city manager. She was overpaid and had friday’s off! Time to clean office in Johns Creek.

No wonder we have so many issues and accidents. We need a new manager that will take this job seriously and address the congestion we suffer with daily.

If he is coming in around noon everyday, he must be doing so to avoid all the traffic.

How do I apply for a Job here, it seems to be out of touch with the real world. I can do that!

The City seems to be a mess – this is just another example. Warren should be terminated.

Another question is where is the Mayor on fixing the issues with Warren or terminating him. The Mayor takes credit for everything when things are good… why isn’t he addressing this train wreck.

Does he have some photos of City Hall executives in compromising positions to continue in his position as Johns Creek Post has outlined?

Salaries and benefits are handled for government similarly as in the private sector. This is negotiated and there is a contract.

@JC Taxpayer- The folks who negotiate these type of contracts deserve time in prison. It is not just gross incompetence, but FRAUD… and the victims are the hardworking REAL taxpayers.(not… some phony govt. employee posing as a “Taxpayer”)

@Lauren Justis – I completely agree with you – just stating a fact of how these were derived versus “compromising positions photos”.

“Compromising positions photos” and an early morning office meeting at 7.30 am with “salacious sleazeball” Nazeera Dawood…

How does “welfare queen mother” Warren Hutmacher explain the nature of that “meeting?”

We requested the emails. It was Nazeera’s campaign manager, Craig Kidd that arranged the meeting. Warren had offered all the candidates the opportunity to meet. Craig Kidd was the only one to take up the offer according to the calendar.

From the emails, it appears they discussed the HUD money the City receives and the projects it goes toward. Craig Kidd also requested several tapes of council meetings from the City clerk, per the discussions with Warren.

Eventhough “tyrant” Bodker “encouraged” it, why would “W.Q.M.” Hutmacher help “deadbeat” Dawood and “rodent lover” Kidd in securing council meeting tapes that exclusively showed either Mark or Setephanie Endres addressing the council? If not criminal, it still is highly unethical and downright dirty for a “city manager” to provide “opposition research” on one candidate to her “shady” opponent.

Please….. You were voted in to do a job…efficiently!!!! Do you not know that the people are sick and tired of paying for all the luxury perks of the elected. Keep this up and there will have to be a change.

Your US Congressional official earns $174k per year.

What’s wrong with this picture?

The sooner we all accept that OUR money is no object to them, the less frustrated we will be. I mean, really, can you put a price tag on something as magnificent and necessary as the District?

Warren is overpaid and not performing his job. Does the city have a performance review process? In the private sector this person would be first been paid competively and based on performance would be on the way to being replaced.
Concerned JC Citizen

This article contains a significant amount of false and misleading information. You should check your biased “facts” and city procedures before writing such a libelous article. I am not sure why you would target our city manager who has an excellent record and is a hard working, responsible and very qualified professional. Seems like your goal is to distract our leaders from doing their jobs. Shame on you and others with their negative comments. I am sad we are neighbors. I stay on this newsletter list to see what the conversation is about our city, but each time I receive it contains a personal attack on an appointed or elected official. You are not a whistleblower…you spread false and misleading information about credible people and professionals working long hours to continue to improve this city. We need to work together.

Do you even attend council meetings? My guess is not, so please check out the public comments from last night.
http://johnscreekga.granicus.com/MediaPlayer.php?view_id=1&clip_id=142

Citizens are pointing out, basic mathematical errors in the council packet.

If our City can’t even add up accidents on Barnwell rd correctly, that leaves little to wonder about our tax dollars, and how they are spent and accounted for.

The data presented to the public is definitely skewed.
I also read the article from Johns Creek Herald (http://www.northfulton.com/johnscreekherald/stories/Barnwell-improvements-back-to-square-one-almost,90840) — or was it an opinion piece?

Here are my questions:

Other than Mr. Gray living in the Barnwell area who else lives off of Barnwell that is on the Board, from our Public Works, and/or on the planning committee?

Who has a true interest on the traffic not a monetary interest?

Fulton County Commissioner Liz Hausmann lives off Niblick and Barnwell Rds, and discussed this intersection in her extended 10-11 minutes public comments(something the rest of us would never get) in December 2015..

I believe you forgot the conversation about Cauley Creek during that conversation, which seemed very bizarre given the nature of what Johns Creek was doing at the time and the comments being stated by the Fulton County Commissioner.

And citizens are getting tired of half-assed efforts from folks that make astronomical salaries, and who after a few years will hop to another city, and start anew.

Meanwhile, we will be left holding the bag on all of those Oops Errors from the “best staff workers around” to paraphrase a certain elected government official.

At what point do we get the “exceptional” work we have been paying for?

This is completely inaccurate information!

All of the information is public record. You too can request it, here is the link:
http://www.johnscreekga.gov/Services-Resources/Forms/City-City-Clerk/Request-Public-Records.aspx

This is ridiculous! How dare you attack someone like this. Warren is an incredibly hard working, capable, and honest man. He deserves every penny for the work he does. Get a life.

And you know this how, Jessica?

Proposed Georgia Constitutional Amendments –What Do...