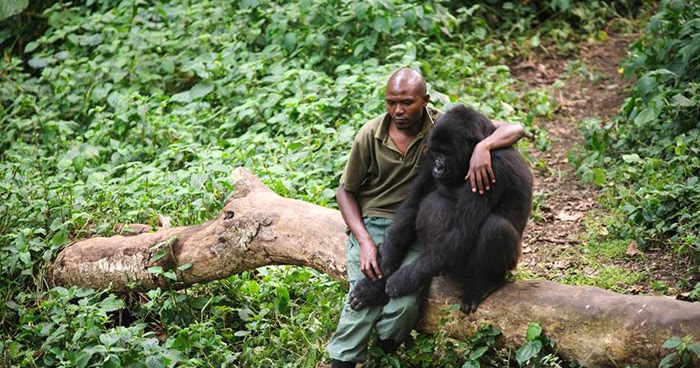 Losing a parent is a tragic experience, and the sorrow it causes is not exclusive to humans.

Photographer Phil Moore took a heartbreaking photo showing a park ranger comforting a gorilla that lost its mother to poachers. Patrick Karabaranga is a ranger at the Virunga National Park in the eastern Democratic Republic of the Congo.

Situated in a region that has been deeply affected by the effects of war and armed conflict for over 20 years, Virunga is protected by a dedicated team of over 600 rangers.

Captured in July 2012, this photograph documents the gorilla’s capacity to express loss and Karabaranga’s compassion for an individual of another species.

He sits with the orphaned gorilla in the park’s gorilla sanctuary, and the gorilla has placed his hand on Patrick’s leg, as a sign of appreciation for the sympathy. 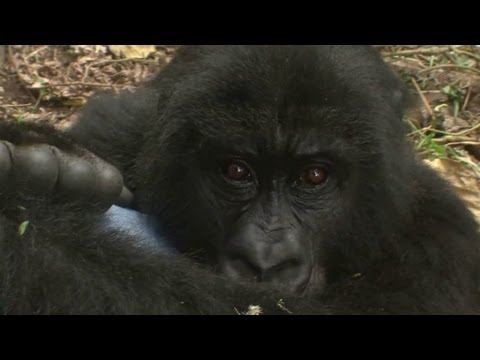 The gorilla, together with three other orphans, was brought there after the loss of his mother due to poachers, or as a result of illegal attempts by traffickers to smuggle them out of the park.

The rainforest is the natural habitat of gorillas, and they live, thrive, and settle as families there. Just like humans, they also develop a sense of belonging and are deeply hurt when separated from their families and far from their homes.

Mass deforestation and the infrastructure built to transport goods in and out of rainforests have made mountain gorillas a critically endangered species.

Conservation efforts have been successful in restoring the wild gorilla population to an extent, but, as showcased by the heartbroken expressions on the faces of both the gorilla and the consoling park ranger, there is still much to be done.