Chip Roy Speaks Out on Liz Cheney, and Everyone Should Listen 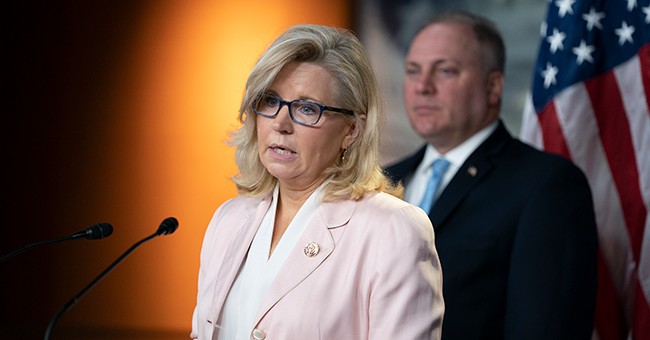 Earlier this week, I wrote on Liz Cheney’s recent, tone-deaf foreign policy remarks (see Liz Cheney Shows Exactly Why She Should Be Nowhere Near Leadership), but the Republican has stirred up much more controversy than that lately. Her opposition to Donald Trump reached peak levels yesterday when she contradicted Minority Leader Kevin McCarthy during a news conference on the matter.

In response to that, Rep. Chip Roy delivered a scathing public message that you might not otherwise expect from him. Mollie Hemingway provides commentary.

Worth watching but as far as GOP voters are concerned, @GOPLeader McCarthy and the entire GOP conference can go ahead and have Liz Cheney hung around their neck until and unless they remove her from leadership. There are consequences to going all out to preserve her position. https://t.co/WUQvrIJgjk

Chip Roy, while never being “anti-Trump,” has routinely disagreed with the former president on policy. I point that out to note that he didn’t say what he said out of some slavish devotion to Trump. He did it because he recognizes how toxic Cheney’s current approach is and that wish casting is not a path forward for the party.

Here’s the issue that everyone should pay attention to. Liz Cheney can have whatever opinions she wants as a congressional member. She can even share those opinions in whatever way that she wants. But as the third-ranking member of leadership, a position she apparently wants to maintain, she must actually be a leader. That means building bridges, not burning them to the ground over some petty crusade. Cheney doesn’t like Donald Trump. We all get that, but that’s not an excuse to continually push divisions while trashing the vast majority of the party’s voting base. Like it or not, those voters hold the controlling share of the GOP, and they want Trump to have a role going forward.

That is a situation that can be navigated, but that’s not going to come in the form of lecturing Trump voters about the evils of the orange man. The GOP is simply not going back to Cheney’s Bush-era view of the party. That’s true on foreign policy and a variety of other issues. If Cheney can’t accept that, she has no place as chair, and as Roy notes, purposely trying to tear one’s own party down is not the role of someone in leadership. If Cheney wants to be that kind of “maverick,” she can do so as a regular congresswoman.

This is where so many Republicans (for or against Trump), end up yelling past each other. Cheney doesn’t have to be a cheerleader for Donald Trump. But what she can’t do is allow her dislike of him to tear the party apart via her own rhetoric. Leadership positions require a person to transcend their own personal grievances. McCarthy understands that, though he’s clearly no Trump fan. Cheney doesn’t, and it’s why Roy went after her the way he did.

In the end, this isn’t even really about Trump in the sense that it’s much more about how Cheney conducts herself as a leader. If she can’t put her personal issues aside and help unite the party going into 2022, then she needs to step aside. Better yet, she needs to be forced to step aside.