Diver Rescues Whale With Anchor Tied To It. Whale Thanks Him In Spectacular Fashion 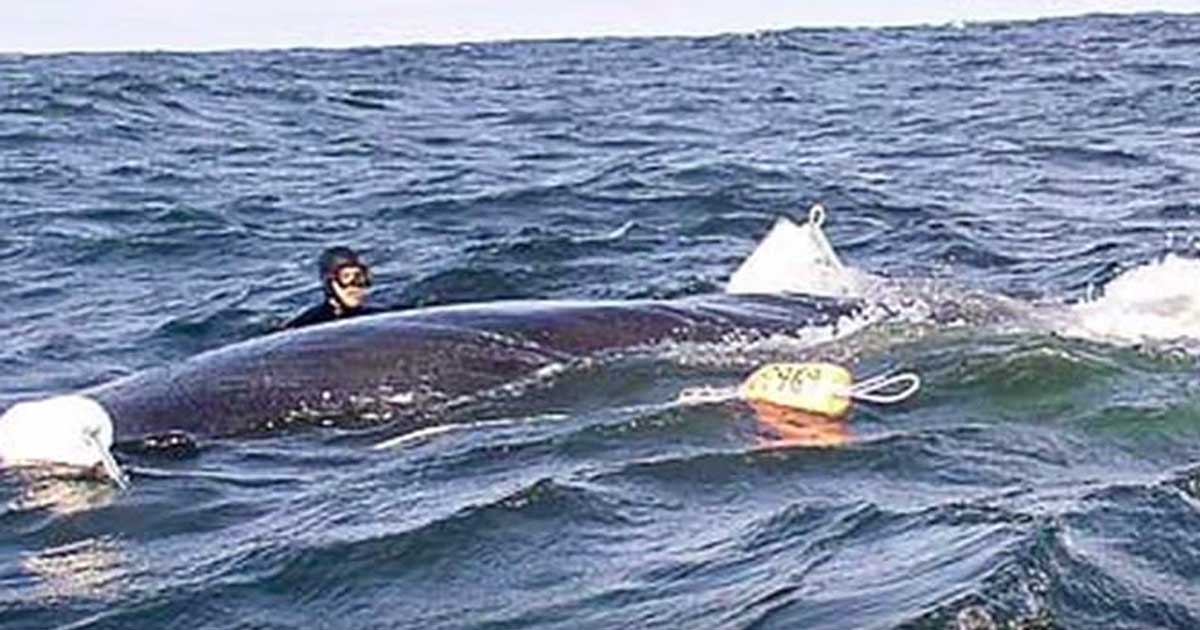 Mother Nature has created countless different species, but some seem to be more spectacular than others. When it comes to animals, whales are the largest of them all. Yet, their size is not the only thing they are popular for.

These graceful and mysterious mammals are actually very social, and they play, cooperate, innovate, and develop friendships. Who wouldn’t like to have a close encounter with a whale?

In the waters close to the Farallon Islands, off the coast of San Francisco, a professional diver, James Moskito, was lucky enough to catch a glimpse of a surfacing humpback whale.

However, soon after spotting the animal, he noticed that something was wrong with her as she was spending an unusual amount of time on the surface.

“The whale came upon a breath, came up, put its eye above the surface… looked at me. I could tell it was looking at me and it just stayed there.”

And he was right- the poor whale needed help, as it had become caught in “blue steel,” a very strong rope used by fishermen. In this case, it was used by crabbers to attach traps to buoys at the bottom of the ocean.

The whale was in terrible pain, as the ropes had already torn off sizable bits of blubber, so James had no other option but to act fast, and he performed a unique rescue operation!

Together with a few of the team members, he dove deep to check the situation from beneath the surface.

“I was the first diver in the water, and my heart sank when I saw all the lines wrapped around it. I really didn’t think we were going to be able to save it.”

The rope was twisting around her tail, and she had a line running through her mouth. Plus, she was constantly pulled down by the weight of a 3,000-pound anchor beneath her.

James approached the whale, put his hand on its eye, and told her: “I’m here to help you, I’m not going to hurt you.”

After five hours of hard work, he and the other brave divers managed to free the majestic animal.

She did not forget to show her gratitude!

Watch the video below: 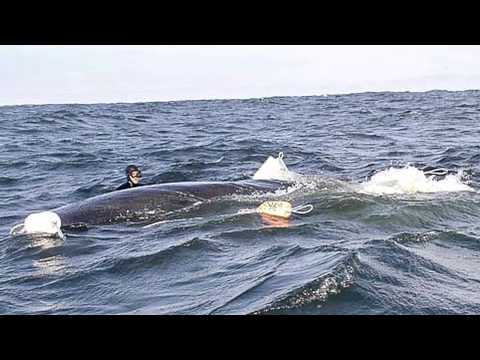