Dog Was Abused And Thrown Away On The Busy Highway, But She Was Not Alone 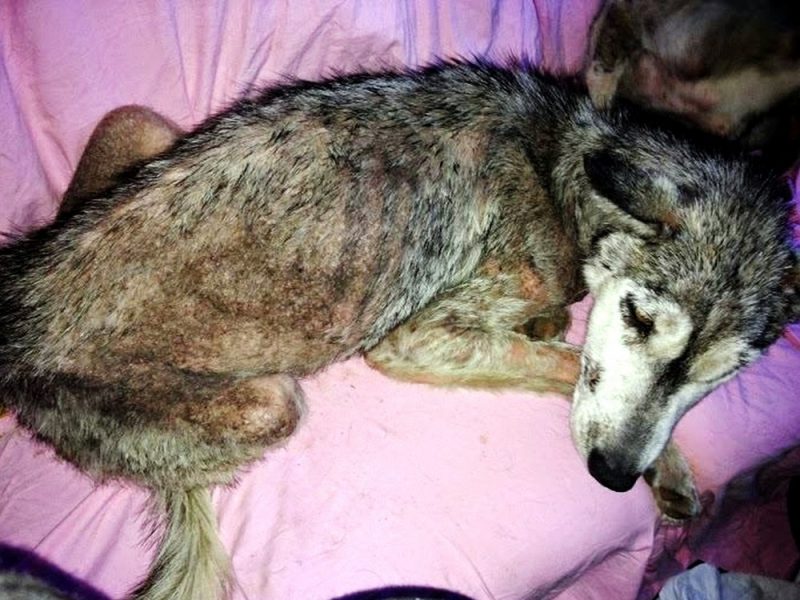 Two men named Marty and Tsetso were driving home after a trip when they spotted something moving on a deserted roadside. The men parked their car to investigate further, and were traumatized to find a severely emaciated Husky desperately covering something under her belly. As the duo petted the dog, she finally lifted her body and showed them what she was hiding – her only surviving puppy!

Both the mama dog and her puppy were heavily diseased with inflamed and infected skin. Marty and Tsetso carried the dying mother-daughter duo to their car. Seeing the dogs’ friendly demeanor, it became evident that the duo was used to human company. It seemed like the poor pooches were neglected by their owners for a long time before being abandoned in the freezing cold. 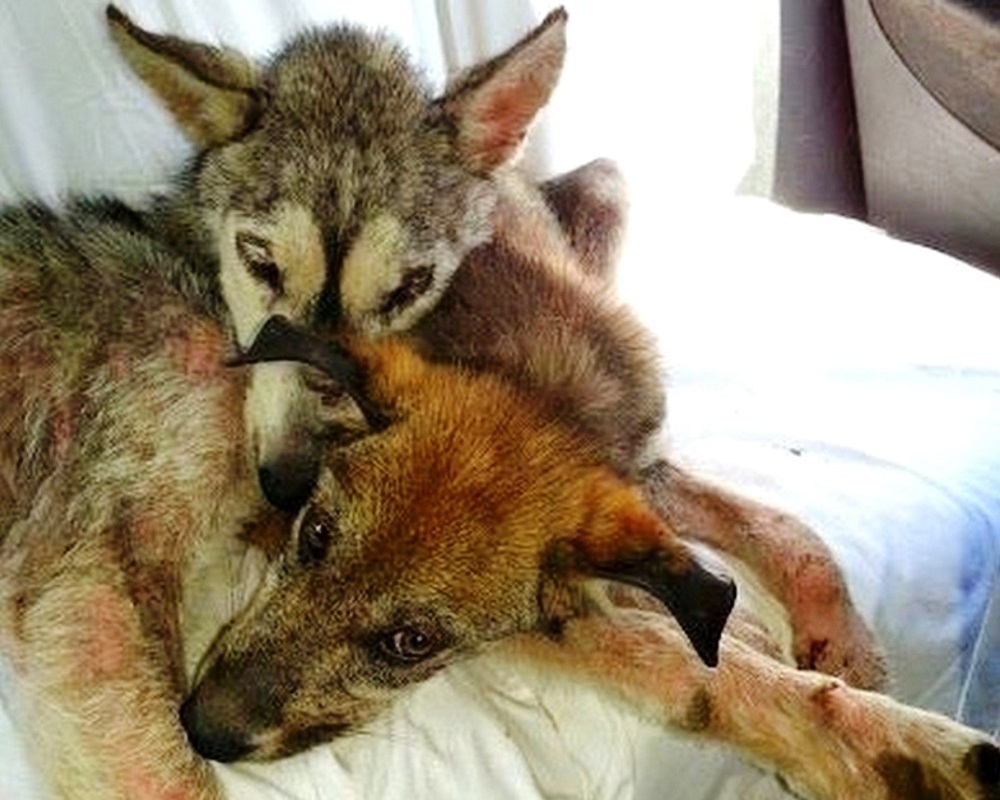 At the hospital, the vet confirmed that the sickly dogs had indeed suffered prolonged neglect and abuse. The mother-daughter pair were named Siberia and Alaska, while the vet devised a rigorous treatment and recovery plan for them.

Watch this video till the end to see how Siberia and Alaska gradually recovered with the help of strong medicines, a healthy diet, and lots of love and care! These gorgeous Huskies look unrecognizable now that their skin has healed completely! They have been adopted by a family in Germany, and their new humans call them “vocal” sweethearts with big personalities – just like they’re supposed to be!

Click the video below to watch Siberia and Alaska’s extraordinary journey of healing and finding their true home. 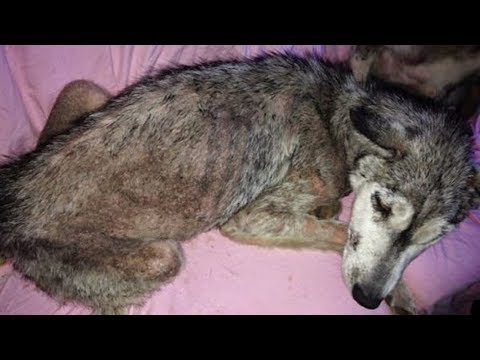