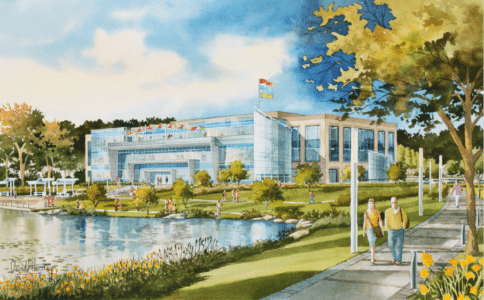 According to the City Checkbook, it paid $9,626,520.80 for the building on 6.7 acres that was in need of serious retrofitting & restoration and ended up being completely gutted.

With 75,000 square feet, and the additional 16,000 square feet being added on, totaling 91,000 square feet we are now looking at a price near $175 per square foot.  If we believe we are saving money on this remodeling of an existing building, one can only wonder what brand new construction would have cost. 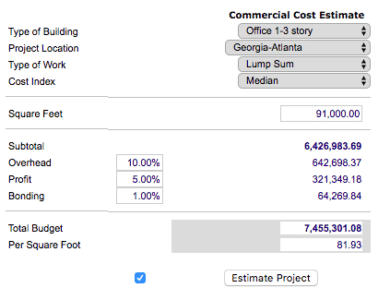 The City retained an international firm Balfour Beatty as Construction Manager at Risk, and their "General Maximum Price" GMP is $12,791,261.

According to Building Journal's Construction Estimator Construction should be a median price of $81.93 square foot = $7,455,301.08.

An additional $3 million is needed for the following line items. An astounding $850,000 is allocated for Audio Visual. This is after the City has already paid tens of thousands for the live video streaming system.

The City retained NYC firm, Clark Patterson Lee for design services. They are charging the base fee of 5.95% of the construction budget.  The maximum fee they can be paid is $761,080. Thus far, Clark Patterson has been paid $380K under capital projects for City Hall. An additional $440K has been paid out for unidentified work to Clark Patterson under "General Fund" since the City Hall building was purchased, for a total of $825K. They are also working on the Park Bond designs and have also been paid $25K.

Costing approximately $500k, the Mayor and City Council will have a costly exterior entrance and exit, that appears to be exclusively for them. City Staff would have to walk through the Elected Officials Suite to access the fancy Metal Circular Stairwell.

Several Very Large Lobbies are in the Renderings: 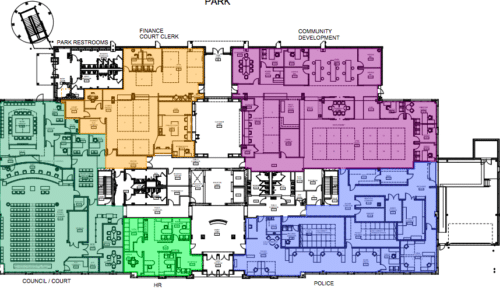 Combined, they are Double the size of the Courtroom & Council Chambers, which are designed to accommodate 158 seats. A few dozen more seats could be squeezed in the aisles. The Chambers is currently designed not to handle capacity for large crowds. Those that are paying for the building.

One must wonder why an additional 16,000 square feet is being built with multiple underutilized areas.

The $16 Million total does not even include furniture, fixtures, and equipment. These essential items were not included in the 2018 Debt Service. According to the Staff Report, it is estimated to be $1.5 Million and would be addressed in the 2019 Budget. Yet, it is not included in the Budget and Staff stated they would come back later in the year requesting the needed funds, after consultation and assessment of needs.

Below are the other renderings released by City Staff. Lots of furniture will be needed. 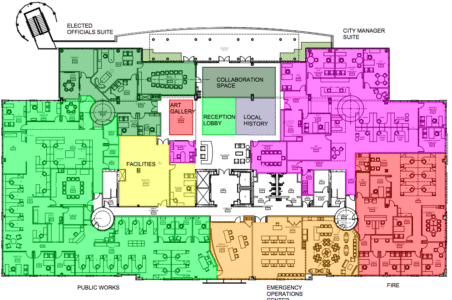 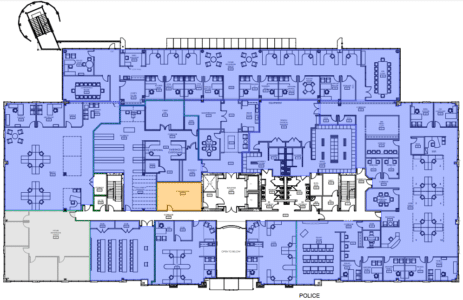 This breaks down to $381 square foot. The City borrowed $24 Million from the Georgia Municipal Association (GMA) (whom Mayor Bodker is on the Board of Directors) through the "Bricks & Mortar" program, and the property is listed as owned by GMA within the records. Once the loan is paid off in 2032, then the title will be changed to reflect the City of Johns Creek as the property owner.

Assistant City Manager, Eric Taylor has been overseeing this project, that has ballooned in cost from the start. His salary has not been included in the total costs.

March 1st, 2019 is the expected completion date. This remains overly optimistic, as structural work is still underway. With a delayed move-in date, taxpayers can expect to pay additional rents for lease extensions.

What are your thoughts on the future City Hall?

Have a look at the Staff Report Document for yourself.