Georgia Legislative Races Mostly Have Only One Candidate On Ballot

No minor party candidates are on the ballot. The Libertarian Party nominated three state legislative candidates but none of them were able to get the required 5% petitions (approximately 1,200 signatures). 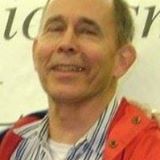 Reposted with Permission of Richard Winger