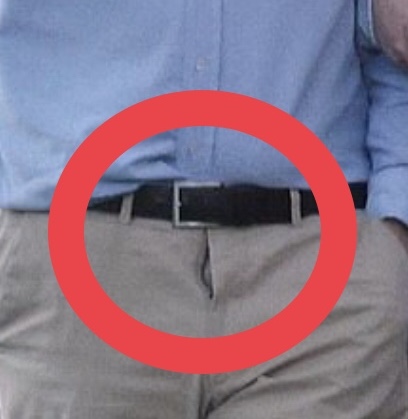 Did he not notice the zipper mishap? Or was it unzipped purposely before his walk?

Cuomo’s belt is buckled, and shirt tucked. He clearly is unaware of his presentation.

Gov Cuomo has been defiant regarding the calls to resign over his dereliction for the nursing home deaths and allegations of sexual harassment. He is also under criticism for allegedly mandating Covid infected patients into group homes for the intellectually and developmentally disabled.  According to the NY Post, the mandate is still in effect.

Many lewd offenders have been caught with their pants down, literally and physically.

Just recently in Las Vegas, Police arrested Douglas Farra on three counts of Gross Lewdness after he allegedly exposed himself to two female employees at a local Nothing Bundt Cakes.

Last summer a Kentucky teacher was terminated for unzipping his pants in class and exhibiting bullying behavior.