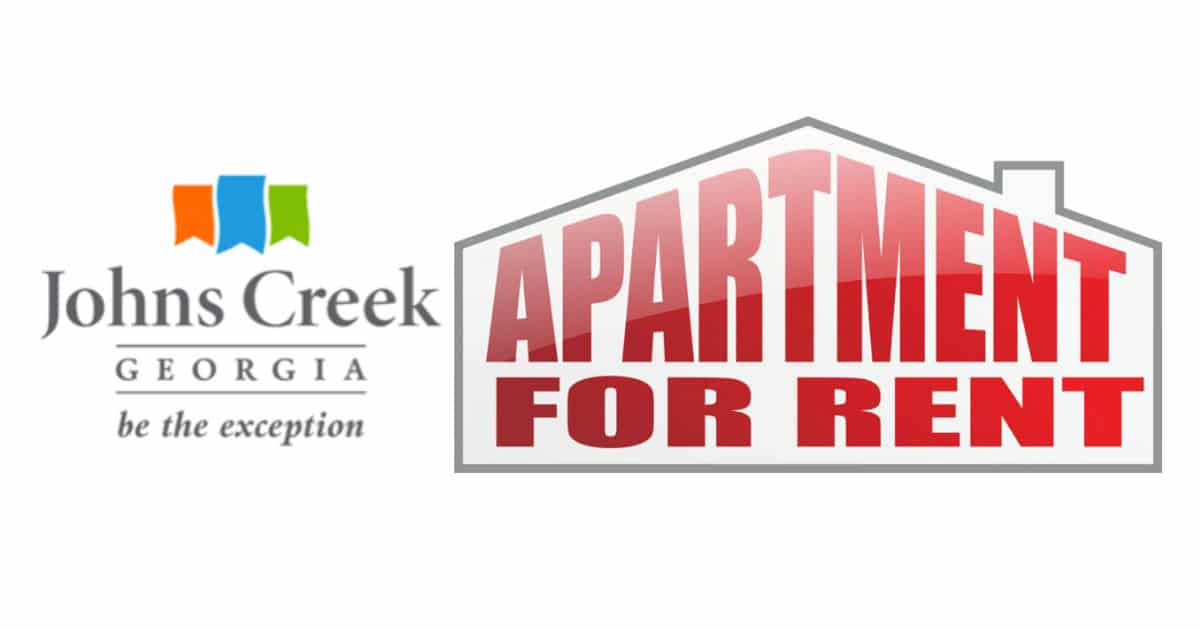 Of all the Suburbs in America, Johns Creek has the 6th fastest growing rental market, according to Rentalcafe.com.

According to Florentina Sarac, (an expert who researches the real estate market and trends for Yardi.com), in 2009, the total population living in rental units was 7,350.  In 2016, that number reached an astounding 18,653.

Johns Creek added 11,350 renters to the population during the 7-year period.

Below is a screenshot from Mayor Bodker's Facebook wall. He blamed the High-Density on Fulton County, and that the developments were approved prior to becoming a City in 2006.

However, Mayor Bodker is not accurate. He is almost 3x off. Johns Creek has 4.2 per acre density.

In addition, Mayor Bodker has approved many High-Density & Large developments:

It's Not Just Johns Creek...

Johns Creek City Councilman Steve Broadbent is on the Fulton County Development Authority. Above all, he is known as "Mr. Second", for motioning the approvals of the developments with ease.

Anyone driving down Medlock Bridge Rd near Bell Rd has seen the massive apartment complex currently being built.

The Rentcafe article noted the high prices in Johns Creek may be worth it, as the City launched a Strategic Economic Development initiative, which is known locally as the "District" in Tech Park. The City of Johns Creek is currently renovating an expensive City Hall, and there are plans in the works for a Mixed-Use Development, surrounding the TPA Ponds the City purchased. It is anticipated by some, that there will be a version of Apartments Galore in this redevelopment.

With the impact of the Massage Parlor ordinance closing the storefronts on SR 141, some would suggest it pushed the industry into the neighborhoods. AirBnB's have become an issue for some subdivisions, with homeowners or renters, sub-leasing rooms out.

Therefore, many HOA's are taking a proactive stance against the growing rental population. For instance, several have instituted restrictions within the covenants and placed limits on the numbers of rentals allowed within the subdivision. Others have banned AirBnB's and sub-leasing. Finally, HOA's have outsourced monitoring of rental activity to companies.

Has your subdivision been dealing with any rental issues?

Have they come up with a creative way to address it?