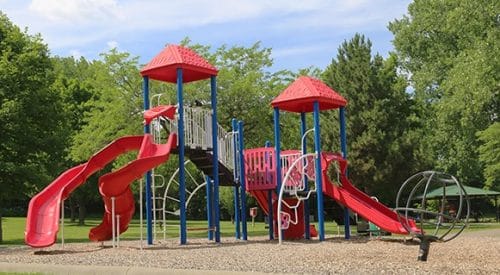 The big news of the evening was the budget approval for Johns Creek’s new park, aka Morton Road Park.  The excitement was tempered by the many public comments concerning the plans to address stormwater run-off from Johns Creek’s new Park. Mr. Browning even brought handouts! A primary concern was that a previous version of the design used pervious materials that would reduce run-off, but the version being presented for approval tonight used non-pervious materials. The residents wanted to know which version was correct. The Mayor promised that the issue would be addressed later in the agenda.

However, when the park budget was brought up for discussion, it turned out that the pervious materials were only planned for use on the trails. Asphalt was planned for the parking lot. Mr. Robby Newton presented and he was very excited to be moving forward with the first park from the park bond. But his enthusiasm was quickly squashed by questions about the types of materials. Mr. Newton reported that the plans met all guidelines and standards for stormwater management and assured the council that stormwater run-off would not be increased at all because they are mitigated by installing underground retention and rain gardens. He indicated that the plans were approved by community development. Councilmember Bradberry was asking questions about how stormwater would be addressed, when Public Works Director, Lynnette Baker came forward to take over.

Ms. Baker indicated that she could discuss with the contractor about changing the parking lot to a pervious material if it can be done within the current budget. With that caveat, the budget was approved for Morton Road Park! The ribbon-cutting is on target for Halloween. Councilmember Weaver requested Ms. Baker liaise with Mr. Browning, Mr. Mann, and Mr. Corrigan, who was nicknamed “Mr. Stormwater”, to ensure that their concerns are being addressed. It was nice to see the Council being so responsive to public comments.

Councilman Endres then made the long-overdue suggestion that we start thinking of “the impact of every development in conjunction with the other developments,” expressing concern about the erosion of the Johns Creek riverbed. She noted that individually, developments might meet the requirements in the land disturbance text, but “in totality, the issue is compounding itself every time we allow that water no longer to stay on the property.” She referred to the stormwater run-off as “the gift we’re giving” and she clearly did not mean this as a welcomed gift. There was no discussion of any specific changes to the code, but perhaps we will see this issue again.

Public Comment was lively with plenty of banter. It seems everyone was in a cheerful mood. Mayor Bodker announced that, as a new standard, he acknowledges that he is likely to “screw up” the names so he asked that residents correct the pronunciation when they approach the podium. 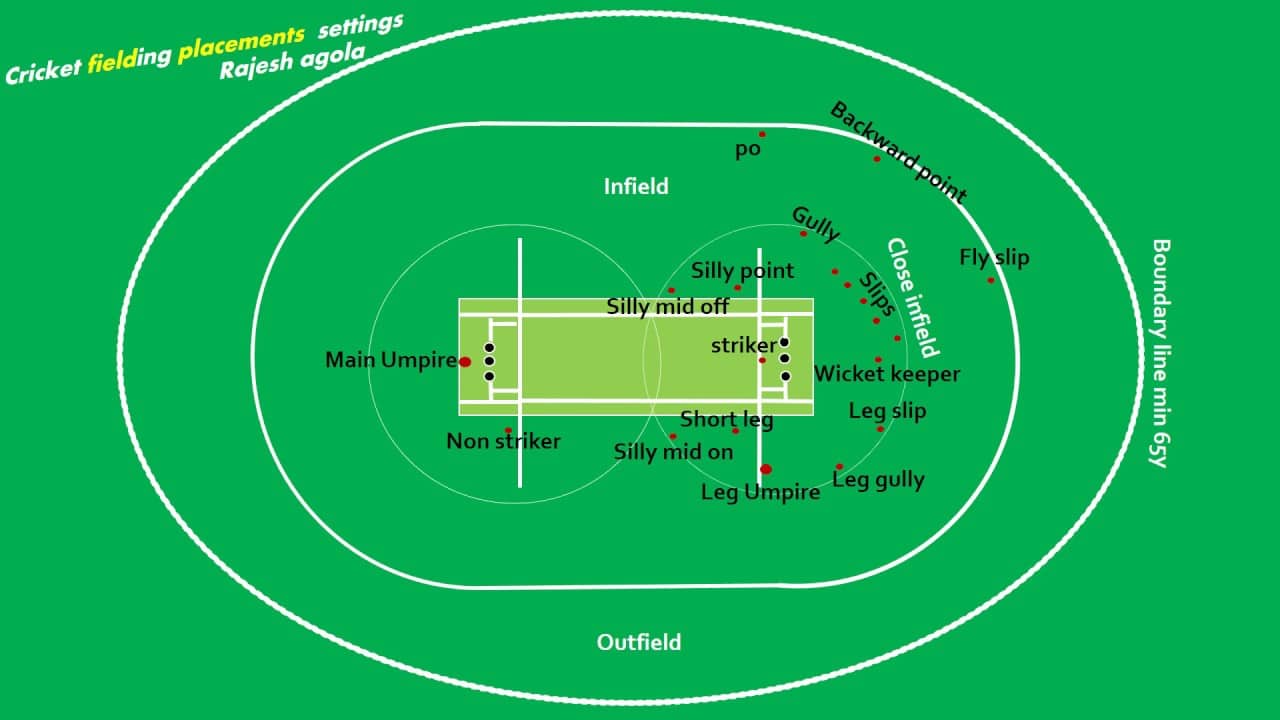 There was the usual parade of cricket fans. One standout was 10-year-old, Master Nadkar, who spoke eloquently on behalf of cricket and also volunteered to lead the pledge of allegiance. He made quite an impression! Mayor Bodker shared that the plans for Cauly Creek Park do include Cricket fields – but “don’t hold your breath”.

In light of that new standard, Emily Biscogolia was just announced as Emily. She joked, “You’re not even going to try” and shared that, while this was not the reason for her comment, she is now really interested in playing cricket. The cricket coalition has a convert! Ms. Biscogolia’s concern was in regards to traffic on Sargent Road. The Mayor suggested that she try making a right turn instead of a left, which sounds glib at first, but is actually sound advice when there is a roundabout nearby. Ms. Yeager and Ms. Ingerson also expressed similar concerns and Mayor Bodker paired them with Public Works for further discussion on their request to reduce the speed limit on Sargent Road.

Bodker was quite the matchmaker this evening, also pairing Ms. Claffey with Chief Densmore for further dialog about fireworks. She had expressed concern that she had been emailing for months about fireworks and was not informed that the issue had been put on the agenda. 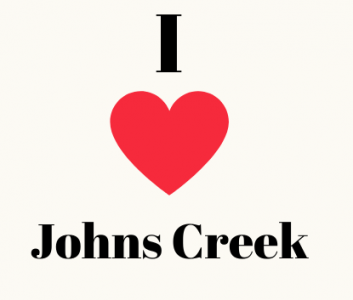 While not on the agenda, the “iHeart Johns Creek” initiative seemed to be on everyone’s mind. The discussion began during the work session where there was some concern about the scope of a potential iHeart Johns Creek committee. Lynn Riley picked it up during public comment, thanking the council for their support. Pam Sutton, in her comments, talked of the need for tobacco-free parks, which Councilmember Endres pointed out would fit into the iHeart JC campaign and when Danielle Claffey raised a concern about fireworks,  Endres again noted it as a potential issue for the iHeart JC committee. The iHeart JC initiative reflects the city’s desire to be branded as a health and wellness community. While the scope has yet to be defined, the committee will act in an advisory capacity with a focus on healthcare innovation and wellness.

Term Limits for Board Members

There was a discussion about the need for term limits for board members after having received 75 applications from residents wishing to serve. Councilman Endres recommended a limit of three terms to be consistent with the term-limits for Councilmembers. Council was divided on this issue.

Weaver thinks volunteers should serve as long as they desire. Bodker thinks “it is a solution without a problem” because the council who would be nominating committee members is term-limited. Zaprowski can’t support it because he doesn’t want to limit what a future council can do.

Bradberry wonders if the council just doesn’t “have the will or the self-discipline to say no”. Elwood likes the idea and points out that only consecutive terms are limited so they can leave and come back. Coughlin thinks it would bring new ideas and new technologies to the boards, Endres supports term limits because it would prevent the council from having to say no and send the wrong message to volunteers. 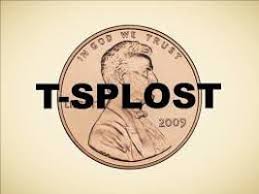 There was also a discussion about a possible TSPLOST renewal. Councilmember Endres expressed concern about falling into the same issues as last time. She wants to define the process to ensure that what Council passes it tied specifically to the referendum. She also asked the city attorneys to be more proactive in alerting the council when their assumptions are not correct. Her concern is that “they want to put it right back on as a permanent funding source”.

Bradberry plans to present a resolution calling for a sunset clause and removing the forced IGA, which he referred to as “the gun to our head” because it effectively removes the option to not participate since the city will incur the tax anyway without receiving any of the proceeds. Bodker expressed concern about running out of time to get a resolution through before Crossover Day. He suggested the Council should use their individual voices to influence our Legislators on the resolution.

This led to an update on MARTA. MARTA is set to extend to Windward with a BRT express service with new express lanes. They need $600 million, which they hope to be funded from TSPLOST over 5 years. This will be on the agenda again at a later date. Mayor Bodker assured Council that Fulton County won’t be moving forward on the TSPLOST for several months.

Chief Densmore, dressed in his court suit instead of his usual police uniform, presented the financial reports apologizing for the confusion. He said that they are interviewing for the new Finance Manager next week. This seemed to be welcome news.

Councilmember Endres is especially looking forward to being able to implement some dashboards and to getting additional information in the financial reports. Councilmember Bradberry expressed some concerns about the Unassigned Reserve Balance. He clarified later in an email exchange that the Reserve Balance had, in fact, been added to the financial report and he had just missed it. Endres explained that there is no running total and that this is something she has been watching and that should be added to the report.

The Council appears anxious to get someone permanent in that role so that they can start implementing improvements to the financial reports. I imagine that would be a good thing for everyone as Chief Densmore has been doing two full-time jobs  – Police Chief and City Manager since June 2019.

In the Legislative Updates, Mayor Bodker informed us that he sees a theme for this year’s legislation which is “local government is under attack”. He said from two angles, pre-emption bills, and money, implying that the state would attempt to fill their budget gaps from local coffers. The pre-emption bills he is concerned with are HB302/SB172 (discussed in detail at the 1/13/20 meeting) which would protect individual homeowners from local regulation regarding exterior design, and HB523 which would protect individual homeowners rights to use their property as a short-term rental (for example Airbnb).

Mayor Bodker was also concerned about HB779 which changes the revenue distribution formula in a way that could reduce the revenue allocated to some Georgia cities. However, he said that Johns Creek would not be negatively impacted. Bodker continued by expressing concerns about how the state might fill the budget gaps, saying that “usually it comes out of our hide”. 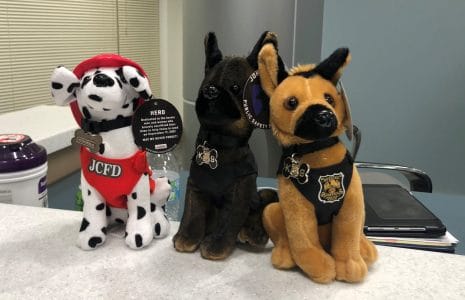 If you watched the video you might have noticed the stuffed animals sitting on the dais in front of Councilmember Zaprowski. I had been wondering all night why he brought his stuffed animals to the meeting. But it was all cleared up when he announced that they are mascots for sale to benefit First Responders through Johns Creek Public Safety Foundation. “K-9”, “Dano”, and “Hero” can be purchased here.

The City of Johns Creek Communications Department was awarded two Gold Marcom awards. One was for the 2019 Adaptive Recreation Program Guide and the second award was for the 2018 Annual Report.

DilipTunki, a former candidate for City Council Post 2, was appointed to the Recreation and Parks Advisory Committee.

There will be a quarterly Town Hall on February 6th, 7 pm at City Hall.

There will be a Special Needs Services Expo February 22nd, 10 am-2 pm at Alpharetta Community Center.

The new fire station is in the permitting process.

Follow-ups from the previous meeting

Mr. Haggard reported that a traffic study confirmed that a right turn lane is not warranted for the new traffic lights on Old Alabama so those will proceed without the turn lane that Councilman Zaprowski asked about at the 1/13/20 meeting.

I am told that Mr. Bevis and Mr. Grindle did get a visit from Mayor Bodker and Chief Densmore. There was an agreement that the City will continue to maintain the area although I have no confirmation about whether the work has been done.

Instant Run-off Voting was not on the agenda this week. It did garner a spirited and emotional discussion during the work session, but the Council is still looking at the pros and cons. The debate garnered protests from Councilman Zoprowski who felt pressured to change his vote.

Reasons to Keep Kids Quarantined – Even without...

Where are the Priorities {Letter to the Editor}

Shut er Down Now {Letter to the Editor} 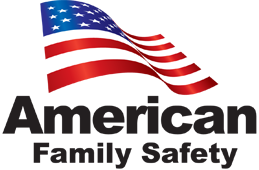 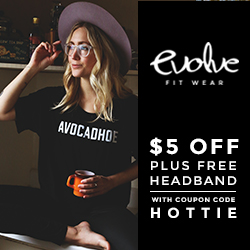