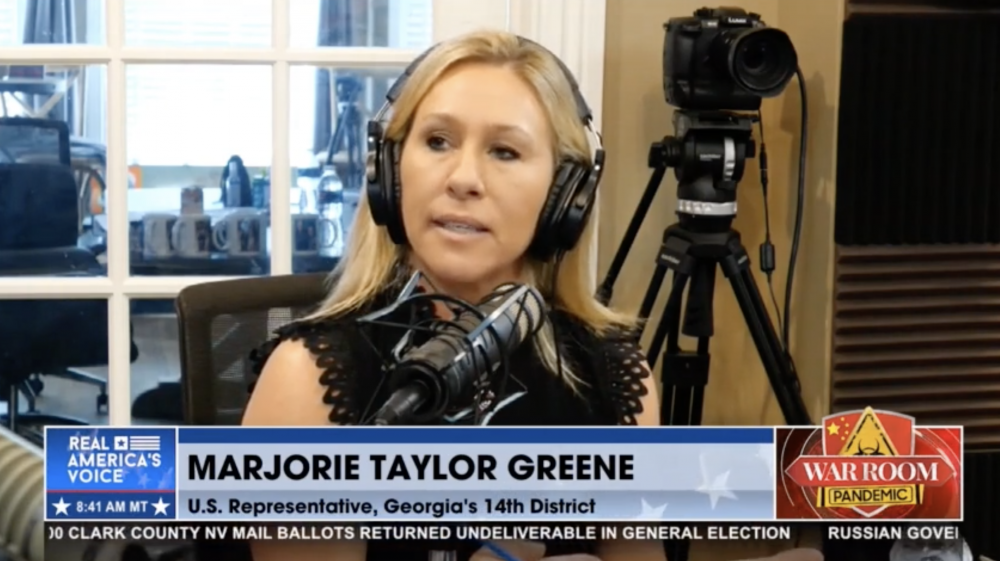 Georgia Rep. Marjorie Taylor Greene gave an explosive interview to War Room, revealing why she is an existential threat to the uniparty.

“I don’t want to be here at all,” said Greene. “I gave up an awesome life, I gave up an American Dream to come into this what I consider to be a shithole.”

“Because I’m pissed off because I’m watching the greatest country in the world on fire and burning down,” she said. “And this is going to affect my children and my grandchildren.”

Greene gave the best explanation of the corrupt system in Washington, D.C.: it’s not about politics, it’s about sustaining an industry.

“It generates so much money you have no idea,” Greene said.

Greene said Republicans are part of it. A businesswoman who owns a construction company, Greene said he was not political until she saw Donald Trump in the Republican primary. For the first time, someone in politics spoke her language.

“I understood easily what he was saying,” Greene said.

But after President Trump won in 2016, Greene saw “it was Republicans who failed us.”

With full control of the House, Senate, and White House, the establishment refused to send legislation President Trump could sign.

“We’re going to lose our country because of the Republicans we’re told we’re supposed to support,” Green said. “They’re no different than the Democrats.”

Greene said it is up to average Americans to “stop being social media complainers.” We can save America by getting involved, she said.

“We have to get off our tails and get into action,” Greene said. “We’re losing our country.”

Finally, Greene gave her “marching orders” for America First supporters to get jobs in local elections offices. “you’re going to hate everyone that works there,” she said.

“You’re an outsider,” Greene said. “Do not leave. You’ve got to be there.”