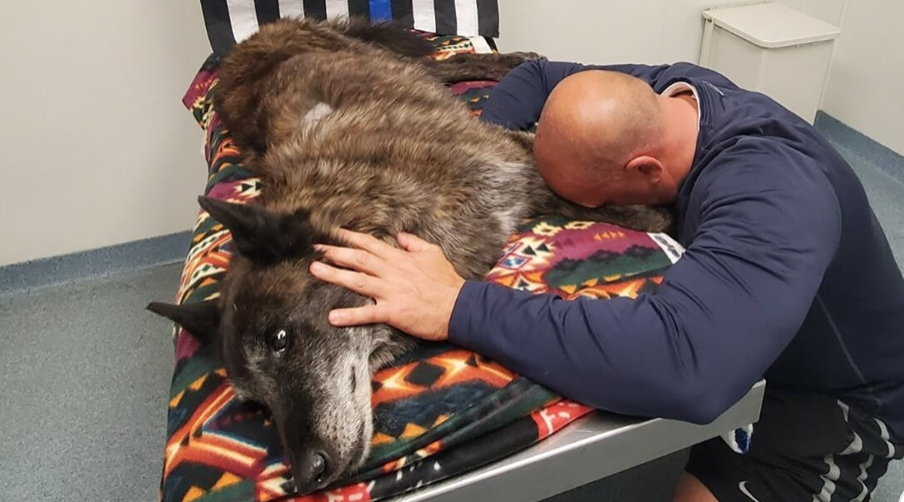 K9 dogs are an invaluable part of the police force and do an incredible job-saving people and keeping their communities safe, putting their lives on the line just like their human partners.

These dogs become a beloved part of any police department, but they form the most important bond with their handlers. Not only are they partners on the job, looking out for each other in the line of duty, but they are friends off the job as well: most handlers keep their dogs as pets.

That was the case for Officer Decristoforo of the Central Falls Police Department and his K9 partner Axel. Sadly, the police dog recently passed away… and a heartbreaking photo shows just how much the loss meant to the officer. 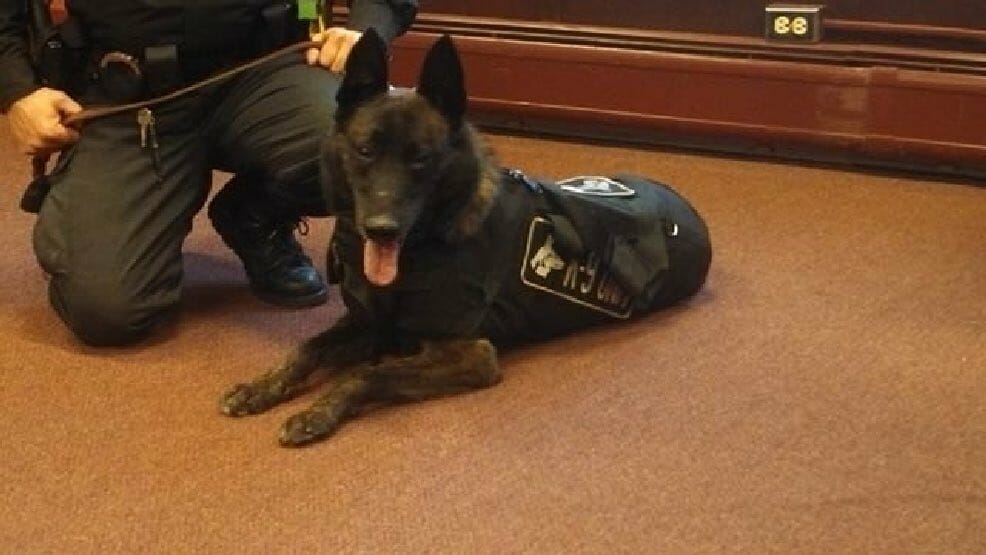 Axel died last month, a few years after retiring from the force. He was living with his former partner, who adopted him.

A local nonprofit animal group called Friends of Central Fall Animals wrote a tribute to the dog, praising him as an excellent officer.

“Axel was all business on the streets,” the post reads. “He did a phenomenal job at keeping the streets safe, and he always made sure our officers were safe regardless as to how dangerous a situation was.”

“He wouldn’t have hesitated to give his life to save the life of a fellow officer, especially his partner,” the post reads. “These two were instantly best friends who were sure to have each other’s back.”

With the officer’s permission, they also shared a devastating photo of Decristoforo with Axel in his final moments:

“I can’t find the right words to describe the love that Officer Decristoforo had for Axel, but I do know he’s feeling broken right now by the loss of his other half,” Friends of Central Falls Animals wrote.

It’s clear the two officers truly loved each other, and it’s a bond that can’t be broken.

“The bond between a Police k9 and his partner can never be broken, not even in death,” the post reads. “K9 Axel may no longer be physically at Officer Decristoforo’s side, but he will forever be watching over him, and in his own way making sure he ends each shift safely just as he did when they were out there together keeping the streets safe!”