The applicant seeks to rezone a parcel of its agricultural land for a high-density development. The proposal is for 6 acres to be clear-cut for a mix of 37 Units; 28 Townhomes and 9 single family homes. 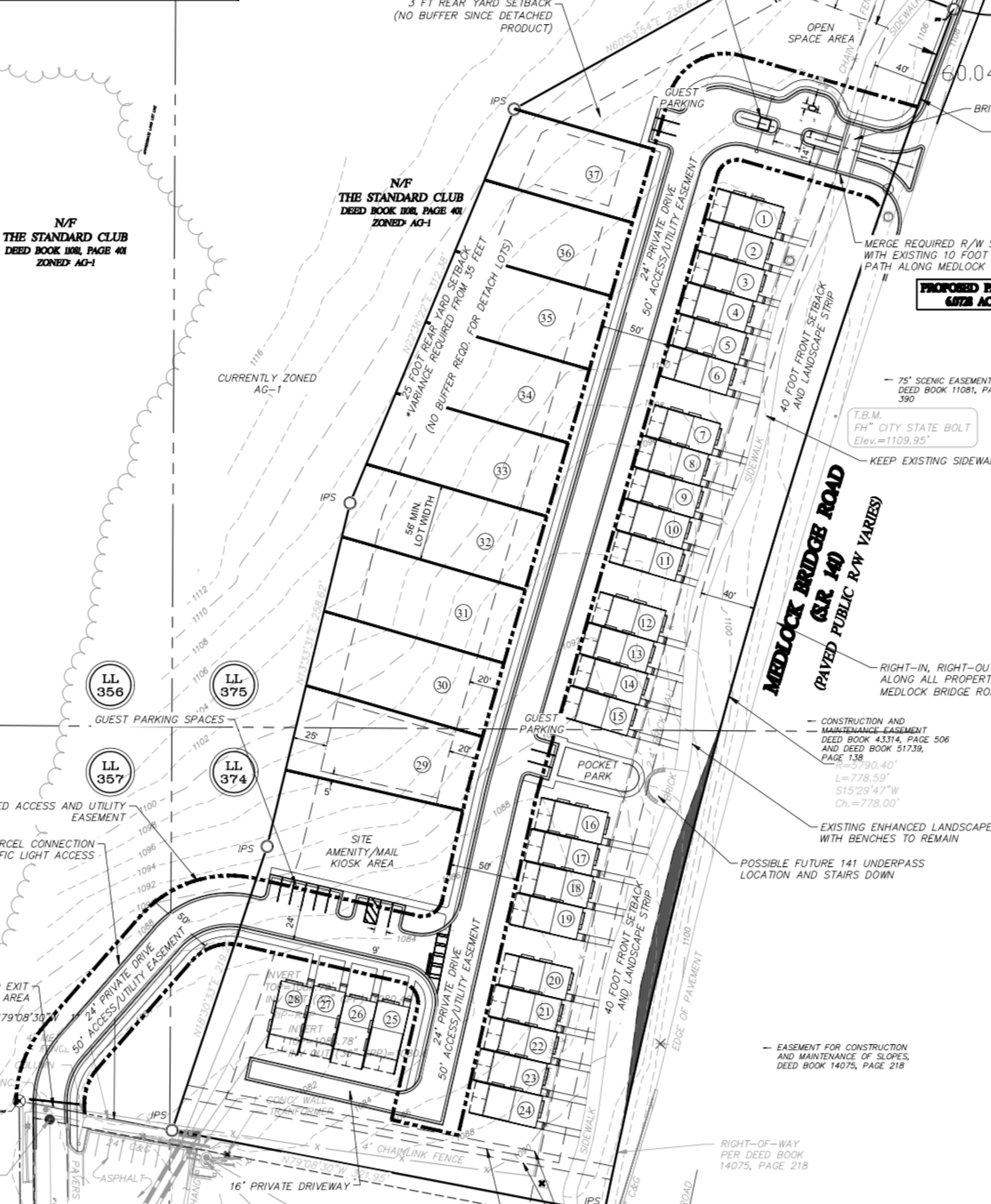 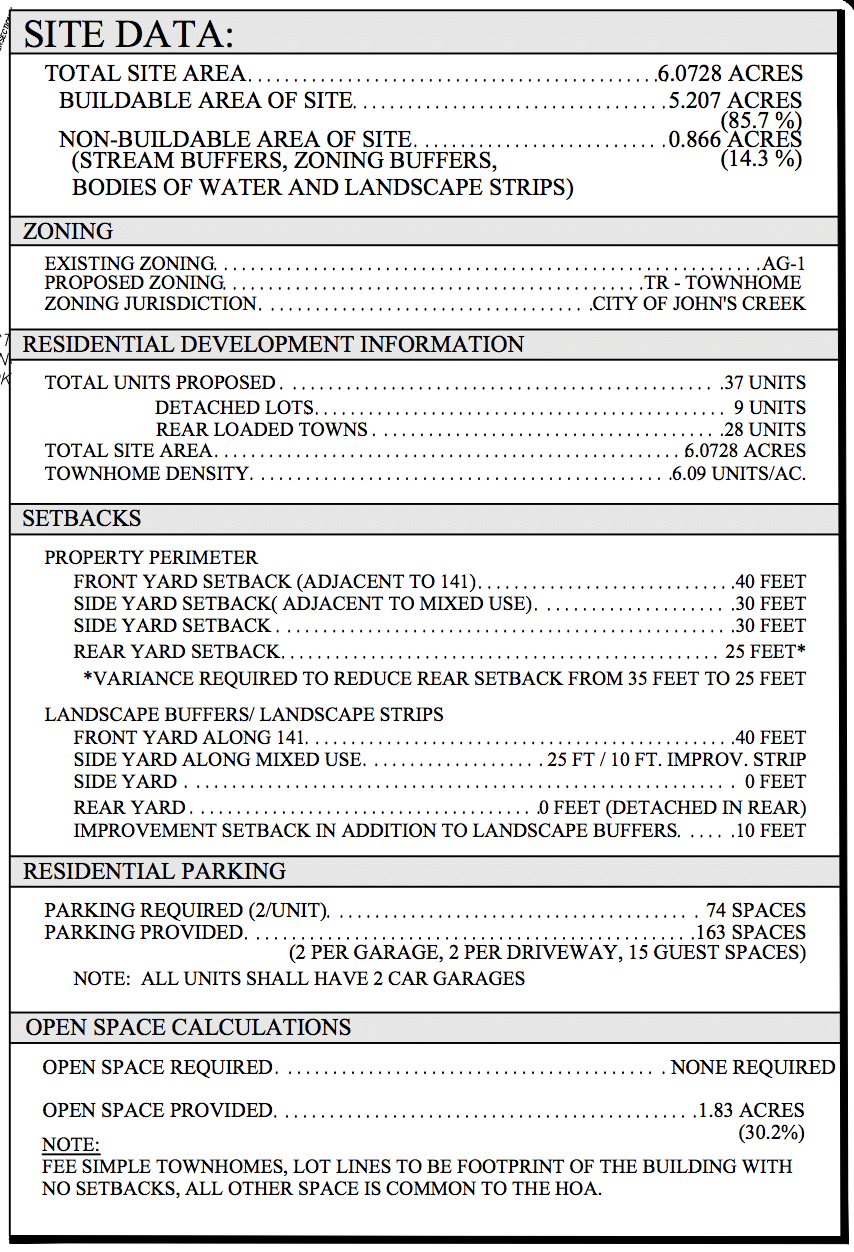 They are requesting to Reduce the setback variance from 35 feet to 25 feet. This would allow them to squeeze in as many townhomes as possible.

Open Space Required - None Required. Perhaps this is the issue Johns Creek has with overdevelopment?

1.83 acres is indicated as "Open Space Provided". However, included in this number is some undevelopable land such as buffers & landscaping strips. The City's zoning ordinance indicates that:

Thus, the real "Open Space" number is much less. Hence, no amenities or facilities are included in this proposed development of the Standard Club Rezoning, other than a small swath of grass -  titled Pocket Park.

Within the Standard Club zoning documents, the applicant states:

"The site will provide additional residence to help protect green space and add residents to utilize the parks and recreation areas nearby".

It does not state how clear-cutting 6 acres and developing the additional residence will protect green space. With the development lacking amenities, it will certainly add residents to utilize the public parks nearby.

In front of this proposed pocket park is a "Possible Future 141 Underpass".
It is also included on the Comp plan that was passed recently.
What was known back then about this proposed development?

Standard Club has previously sold off parcels for high-density redevelopment. The Johns Creek Walk was once beautiful land. Richard Aaronson, Mayor Bodker's long-time good friend had the land rezoned and his Abbotts Bridge Land Partners LLC eventually filed for bankruptcy over that development.

In 2013 City Council launched an investigation on Mayor Bodker for possible ethics violations, including receiving reduced rent at Johns Creek Walk as well as free use of a vacation home owned by Aaronson.  Subsequently, Mayor Bodker voted favorably to rezone Johns Creek Walk II.  Accepting a gratuity and then voting on a rezoning involving property owned by Aaronson is a violation of the city’s ethics code.  In addition, Mayor Bodker allegedly violated the City Charter through abuse of powers by directing staff to issue occupancy permits for Johns Creek Walk, after the city denied the permits.  The ethics investigation was canceled after the election by the swing votes of Lenny Zaprowski & Cori Davenport upon their immediate swearing into office.

Back in 2015, during the "District" & Apartments Galore proposal, the City met with the Standard Club to discuss purchasing part of the property for redevelopment. Mayor Bodker's brother was on the Standard Club's Board of Directors.

Mayor Bodker has a long relationship with the Standard Club. He was a member for years and it was the location of his 2nd wedding. Does he still get benefits from them?  Does he enjoy guests privileges? Golf privileges?  Is his brother still on the Board or Committee?

The important questions to ask is if this is approved, will it set precedent and grant further approval for Standard Club to rezone the remainder of the 280+ acre golf course for High-Density Development?