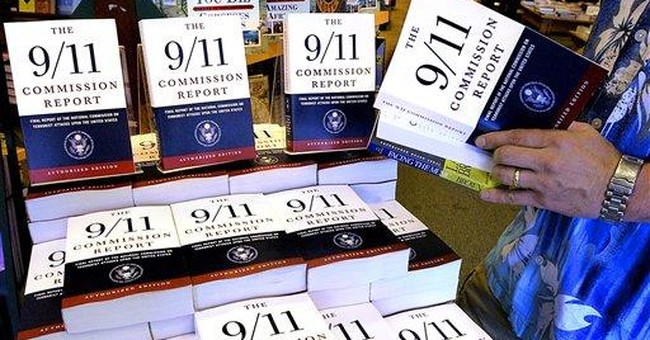 The narrative of what the history of January 6 will be is set – now the Democrats need to get started creating history by writing it down.

On January 6, 2021, mobs of white supremacists intent on attacking — and maybe killing — Democrat party leaders in the process of discharging the constitutional obligations to bring about the peaceful transfer of power from a Republican administration voted out of office and to a Democrat Administration elected by the voters, used force to breach the security barriers of the US Capitol Building, attacked and killed law enforcement officers who were safeguarding the events taking place inside, forced a suspension of the proceedings then underway, and an evacuation of the US Government body to another location where they could be protected from further harm.

These white supremacist mobs were brought to Washington that day by the illegal and unconstitutional rhetoric of then Pres. Donald Trump, and the GOP party leadership who supported him in his effort to undermine the certified outcome of the 2020 election in several states based on false claims by him that the Democrat party had committed fraud in order to steal the election.  Those claims had been rejected to dozens of courts throughout the land, and the Supreme Court had rejected his efforts to have the matters heard by that body.  The January 6 riots were his last effort to illegitimately retain power and remain in office, and his words caused what is now recognized as an insurrection by forces aligned with him, and against the duly elected government of the United States.  The terrorist conduct and intentions of the Trump supporters represented a threat to the continuity of the democratically elected government of the United States as grave as the attacks on US Government institutions by foreign terrorists on 9/11/01.

That is probably enough for you to get the point.

It was reported yesterday that Nancy Pelosi’s initial proposal to the GOP was for an 11 person commission modeled after the 9/11 Commission.

Pelosi’s proposal is for an 11 member commission, with seven appointed by Democrats and four appointed by Republicans. Only a majority could exercise subpoena power, which means that no information sought by the Republican appointees could be sought by way of a subpoena without the approval and participation of the Democrat-appointed members.  The equally divided 9/11 Commission had subpoena power conferred to both sides.

The goal of Pelosi and the Democrats is transparent.  They want a Democrat-controlled Commission to create an enduring government “report,” to be adopted by the Democrats while they control both Houses of Congress. The sole purpose of this report will be to equate their political opponents — conservatives who supported Pres. Trump and his MAGA agenda — with the kinds of foreign terrorists who killed thousands by flying passenger planes full of innocent people into buildings on 9/11.

“Foreign” terrorists must have a “domestic” corollary, and the Democrats want the supporters of Pres. Trump to be branded and made illegitimate for historical purposes by a “Truth” commission that will write the truth only as they see it with respect to the events of January 6.

The 9/11 Commission report was never about discovering the “truth”, it was always about assigning blame for the loss of lives on that day.  The Clinton Administration had ignored and failed to respond to mounting terrorist attacks on US interests abroad for several years, and the Bush Administration supposedly had intelligence information in the weeks prior to the 9/11 attack that terrorists were inside the United States and planning some kind of terrorist operation.  Someone had to be responsible for the cascading policy and operational failures that culminated with a massive loss of life on that day.

The outcome of the 9/11 Commission in that respect was preordained.  Fingers of blame would be pointed and some unlucky bureaucrats would be blamed for not “connecting the dots” and ignoring the “lights blinking red”.  Only bureaucratic institutional failure would rescue politicians from the consequences of their policy choices driven by political considerations.

For January 6 the Democrats want that and more.

McConnell exposed this yesterday when he condemned the part of the proposal that called for the Commission’s work to go beyond the events of January 6, and for it to look into violent domestic extremism.  Further, House Leadership member Hakeem Jeffries stated that members of the GOP caucus in the House can’t be trusted to have any involvement with the Commission — a clear indication that he anticipates that the Commission will examine the role of some lawmakers in the events of January 6 — both before and after January 6.  The clearly intended design here is to have the Commission investigate the Democrats’ political opposition — it is all the evils that the Democrats in the 1960s claimed were behind government projects such as COINTELPRO — efforts by the government to spy on and destabilize political opposition forces inside the country.

That is the goal of the Democrats now.  They fear the political power of Pres. Trump and the MAGA constituency in 2022.  Their worst nightmares involve a re-run of 2010 and the “Tea Party” wipeout of Barack Obama’s Democrat majorities in the House and Senate.

I have a personal view that Donald Trump will not enter the 2024 election contest. I think he will leave that possibility open until almost the last moment, and then make an effort to push his preferred candidate to the front.  If he does that, he will remain just out of range of the Democrats and the media efforts to delegitimize him.  The effort to label his supporters in advance of 2022 is the best option available to them now, so it will be the card they will ultimately play, regardless of GOP complaints.