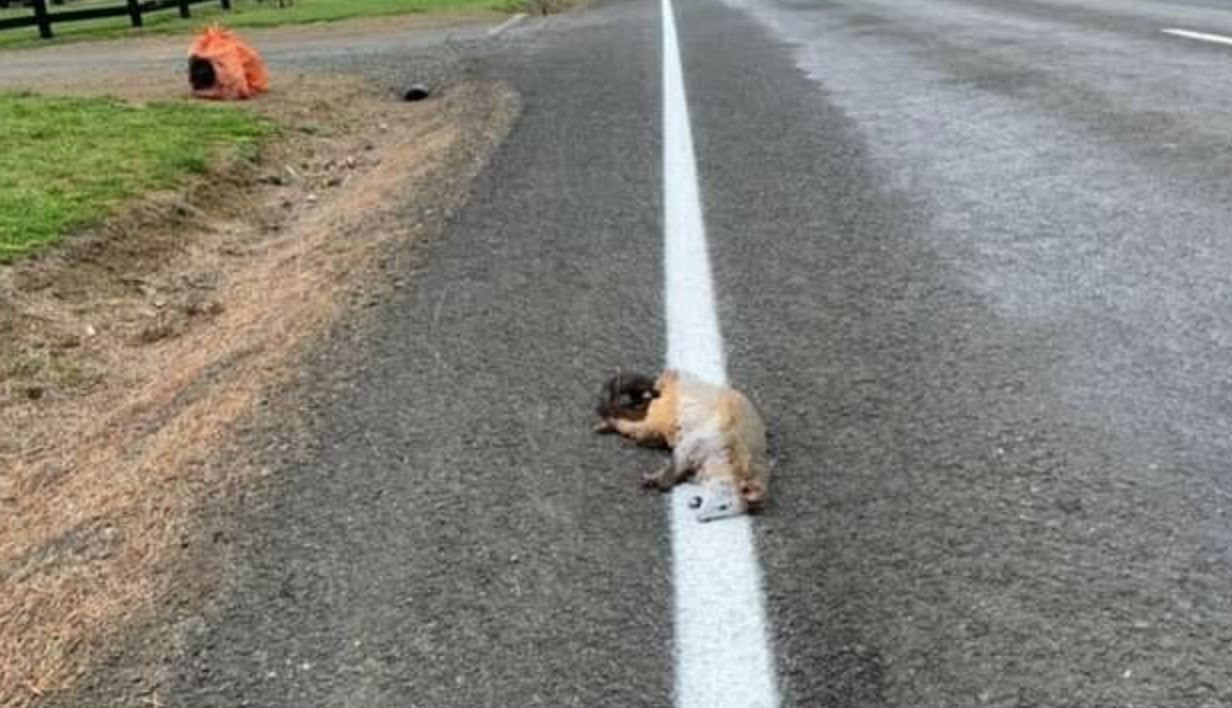 Possums have always been a very divisive animal for people. While many see them as rodents who just spread disease and become roadkill, others recognize their important value in our neighborhood ecosystems.

This difference of opinion became evident after photos of a deceased possum went viral in one community, prompting very different reactions.

In the Franklin District of New Zealand, a new white line was painted on Cape Hill Road. However, there was a dead possum in the road… and the painter apparently decided to just paint over it:

One resident spotted the bizarre sight in the road and posted it to a local Facebook group. “Nice new paint job,” Kiki Kiki wrote. “You had one job.”

Many people in the group found the photos funny, making jokes about the employee’s apparent cutting-corners approach, or about the possum itself. “One way to get your racing stripes,” one person joked.

But others were upset by the photos, saying it was in bad taste and disrespectful towards animals.

“Disgusting,” one commenter wrote. “I really don’t understand the thinking behind that crass behavior,” another added.

“Lazy p***k could’ve just put him on the grass,” one woman wrote. “I swear some people are heartless and brainless.”

It’s easy to disregard possums, thinking of them as ugly, disposable rodents. One imagines that if a deer or stray cat was painted over in the same way, they would’ve received more sympathy and the photos would’ve prompted more outrage.

But possums serve an important role in our communities by eating ticks, keeping us safe from Lyme disease. They deserve more respect than they get from most people.

Under the post, one commenter reached out to Aukland Council about the incident: “It’s attention to these types of situations that leave a good or bad impression,” they wrote. “It may be a possum, but it only takes a few minutes to bury.”

According to the New Zealand Herald, the city responded, saying that it was an accident—workers didn’t see the possum on a “dark country road.”

“We’ve asked our contractor to remove the possum and to repaint the line,” they said.

What Goes Into Looking After A...

Trophy hunter who targeted elephants and...

Parrot Falls In Love With Alexa...

Woman Leaves Back Door Open During...

Possums are not rodents.